This is Part 2 of a 4-part series. Click here to read the first in this series.

By mid-1988 I was in a position to take more time to extend our networking. Connections and work relationships with people like Dal, Nancy and Bill became the base from which the Centre for Community Enterprise (CCE) began to seek guidance around what it should give priority to, what might help nourish the seed that was slowly germinating. Dal was then involved with the Economic Council of Canada on a very important project to document successes and learning in the field of community based approaches to regional development. Nancy was the General Manager of RÉSO, the successor to the Programme Économique de Pointe St.-Charles (PEP), Quebec’s first Community Economic Development Corporation and Bill was central to the Victoriaville CDC as well as becoming a key researcher and network builder in Quebec.

One of the first things CCE did (it had received a small endowment in 1987) was give a small grant to document the experience of PEP. This was published and distributed widely. We started going to conferences to deepen and broaden our relationships. A notable one was a conference in Lennoxville, Quebec put on by the Canadian Adult Education Association. CED was one stream on their agenda. Here I was first introduced to the Learning Enrichment Foundation out of North York (now Toronto). We used this venue to announce our efforts to build a CED database and the first on-line network of CED practitioners using web technology.

The rhythm of the next decade was one of organizing, networking, learning, communicating and leveraging and then consolidating small gains. A key part of this was to make as many of the paying projects of Westcoast Development Group (CCE’s consulting arm), align with the core mission of CCE. We had no interest in dipping into endowment unless absolutely strategic. We were largely successful in this. Many of our early books, training guides and research products came out of a series of contracts that the Federal government funded, most often in conjunction with First Nations. We became known for quality publications that were accessible and engaging, a reputation that was sealed by the ruthlessness of Don McNair as an editor and the incredible talent he has as an illustrator.

Over the years, kind of off to the side of our desks, Laird Hunter and I periodically and profitably employed the capital reserves of CCE to finance a number of initiatives. For example, we invested $160,000 of high-risk equity in a low-income housing project which, in turn, leveraged the $1 million need for land assembly. We provided $35,000 in bridge financing for working capital to a soft drink production workers co-op in Cape Breton. We provided $25,000 as the initial loan guarantee fund, first to the Mennonites and then to the Edmonton Community Loan Fund.  We also made a few no interest loans and even some grants. One of the funnier ones is our contribution to the Manitoba Federation of Labour of $5,000 to help seed the work necessary to establish the Crocus Fund, a multi-multi-million dollar investment fund in Manitoba that, unfortunately, no longer exists. When American Sherman Kreiner became the CEO, a process in part facilitated through Laird Hunter’s referral, we got the $5,000 back – without interest! Another example of an attempt to leverage the resources for strategic objectives was a grant of $20,000 to IFDÉC, a Montreal-based CED training and technical assistance organization. We thought their survival, which at the time was in question, was critical to the long-term work of building and strengthening CED in Canada.

The next big breakthrough came in 1988. Nancy Neamtan mobilized a massive effort through IFDÉC to organize a major international conference on local development. It was a brilliant move which brought 800 people from Europe, Canada and the US together in December 1988. Nancy and her team, in one fell swoop, advanced CED in Quebec a colossal step. CCE helped organize the US participation. In exchange Nancy arranged for a suite in the conference hotel where at least 3 Westcoast Development Group staff worked to continuously organize conference participants into discussions about how CCE should focus its priorities as part of a collective effort to grow CED in Canada. At least 40 or 50 people, Canadians and Americans, participated in these discussions.

Several months later, at the invitation of colleagues at the National Economic Development and Law Centre, the CCE organized 20 practitioners from across Canada to meet in early July 1989, in Chicago, at their national conference. The theme was focused to critically reflect on the 25 years that had passed since the beginning of the US War on Poverty, a hook that helped me get people to come.  The chair of New Dawn at the time, Oro McManus, and Stewart Perry, then Executive Director of the Centre for Community Economic Development, were those who came from furthest east (Cape Breton), while from the west, several people in our organization, two First Nations people from remote parts of BC, and Coro Strandberg, a long time activist in Vancity Credit Union, represented the most western contingent. People from Alberta, Saskatchewan, Ontario and Quebec made up the balance.  For three days we talked and debated issues related to how we might collectively focus our energy to advance CED in Canada. 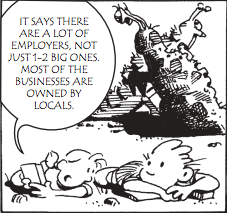 These discussions were the birthplace of Making Waves. In October of 1989, the first edition was published, a four-page delight, filled with Don McNair’s incredible cartoons and CCE staff reporting on the results of the Chicago discussions. It was a modest start, a first step in constructing a device for communicating about what we w